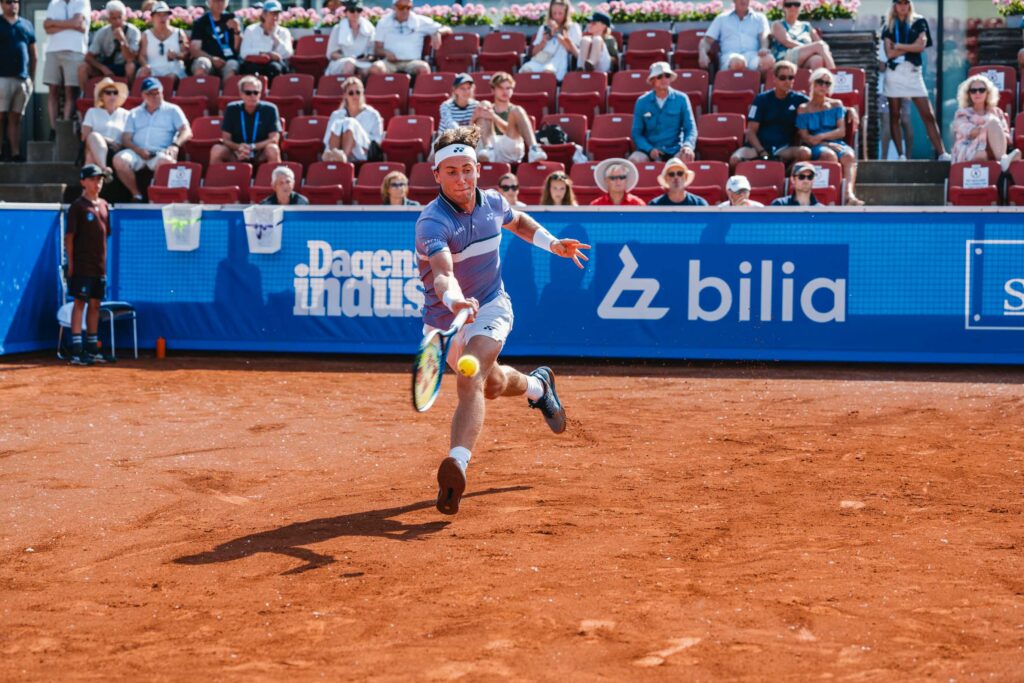 All set for Quarter-finals Friday

The Norwegian hit six aces and did not drop a point (11/11) on his first serve in the opening set to claim victory in 66 minutes. He will next face Henri Laaksonen after the World No. 134 overcame home favourite Elias Ymer 6-2, 7-5.You May Also Like: Tsitsipas Moves Through In Hamburg
“I am very happy today. It is a surface I have had the most success of my career, it is great to be back here in Bastad,” Ruud said. ”The tournament is so nice as always. There is a bit of extra pressure [being the top seed]. In a match like this against a fellow Scandinavian younger player, it is even more.

“I think I was very professional in my mindset today. I played a match without any errors really from the first to the last point. It is a nice feeling being the top seed but also pressure. I felt great crowd support, it is nice to feel that energy.”

Ruud has now claimed 18 clay-court wins this season, having clinched the Geneva Gonet Open title (d. Shapovalov) in May and enjoyed a run to the semi-finals at the Rolex Monte-Carlo Masters (l. to Rublev) and the Mutua Madrid Open (l. to Berrettini).

The 22-year-old dominated from the start, racing ahead as he overpowered Rune with his heavy groundstrokes, pushing the 18-year-old back behind the baseline. After sealing the set in 24 minutes, Ruud was then tested for the first time at the start of the second set as the Dane began to play with greater freedom.

Rune struck the ball with more aggression, but could not convert either break point as Ruud reeled off a seventh straight game. The World No. 211 did hold to get onto the scoreboard in the fourth game of the second set, but struggled to build on this as Ruud raced to the finish line.

The World No. 97, who also reached the last eight at the Chile Dove Men+Care Opena and the Belgrade Open, defeating Gael Monfils en route, broke the Italian four times to secure victory in two hours and six minutes.

Carballes Baena will next face Slovakian Norbert Gombos, who improved to 3-0 in his ATP Head2Head Series against eighth seed Emil Ruusuvuori with a 6-2, 6-4 victory. Gombos won 85 per cent (33/39) of his first-service points and was not broken as he reached his fourth quarter-final of the year.