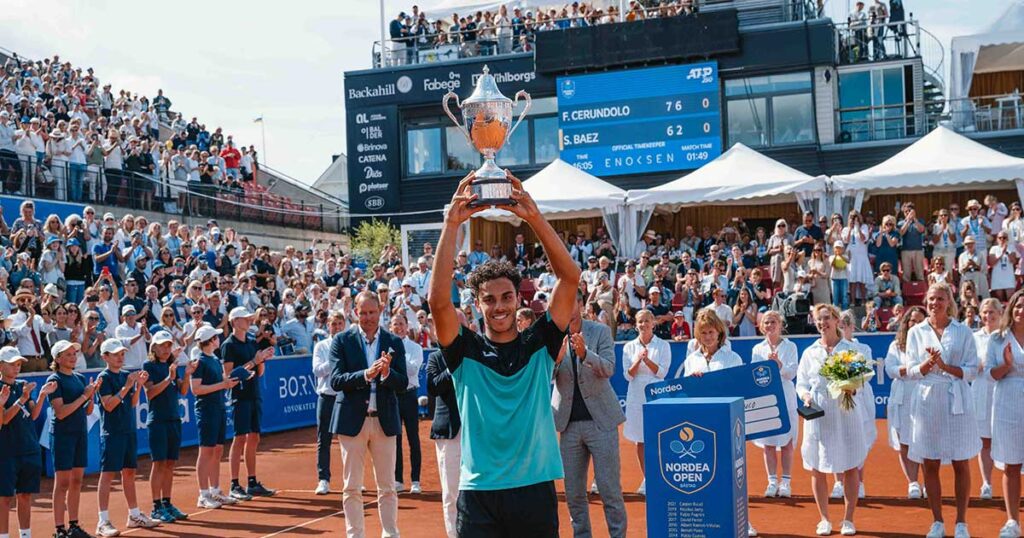 The all-Argentine final in Båstad was a high class battle for full stands in the scorching sun in Båstad. A final day just as it should be filled with drama, emotions and a possible first title at stake or a second one to be claimed. The first set was an incredibly even story that went […] 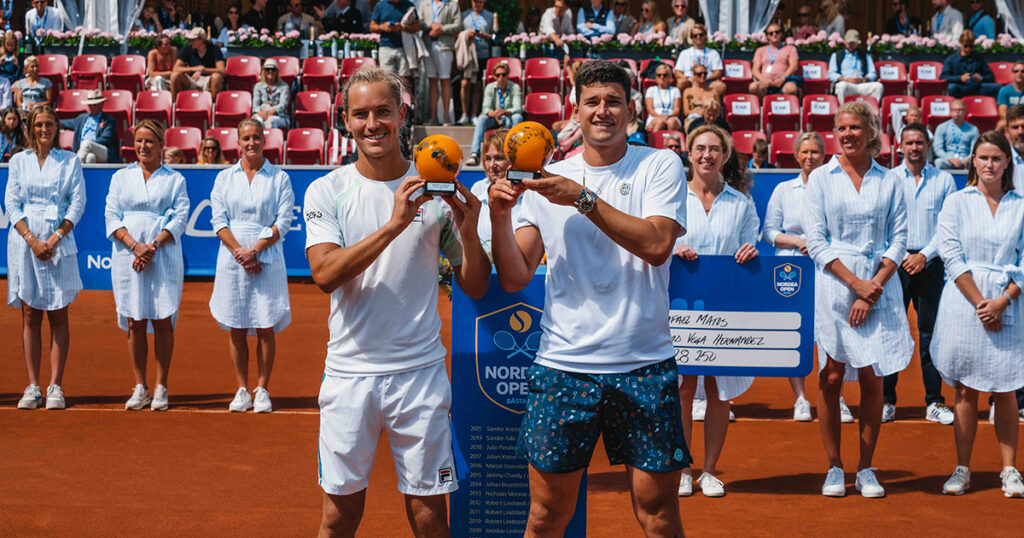 Rafael Matos, Brazil and David Vega Hernandez from Spain won the very even final against the all-Italian pair Simone Bolelli and Fabio Fognini with 64 36 13-11. Bolelli / Fognini, who have their sights set on the play-offs in Turin and the final will of course help them on the way there, but they would […] 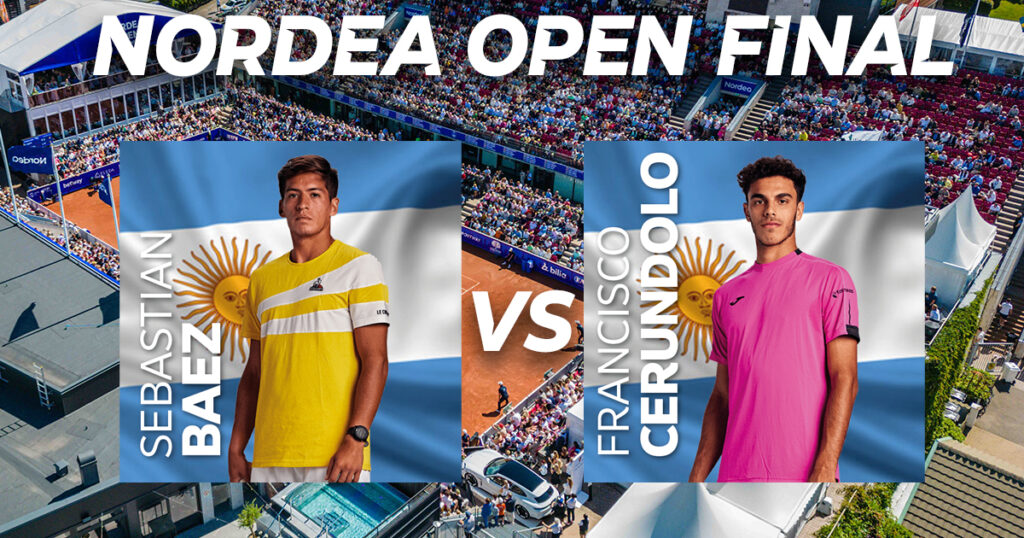 For the first time in ten years there is an all Argentinian final on the ATP Tour outside of Argentina. Fransisco Cerundolo and Sebastian Baez have both played so well in their respective Båstad campaigns. Cerundolo took out first seed Casper Ruud and fifth seed Pablo Carreno Busta in the semi-finals. Baez squeezed past former […] 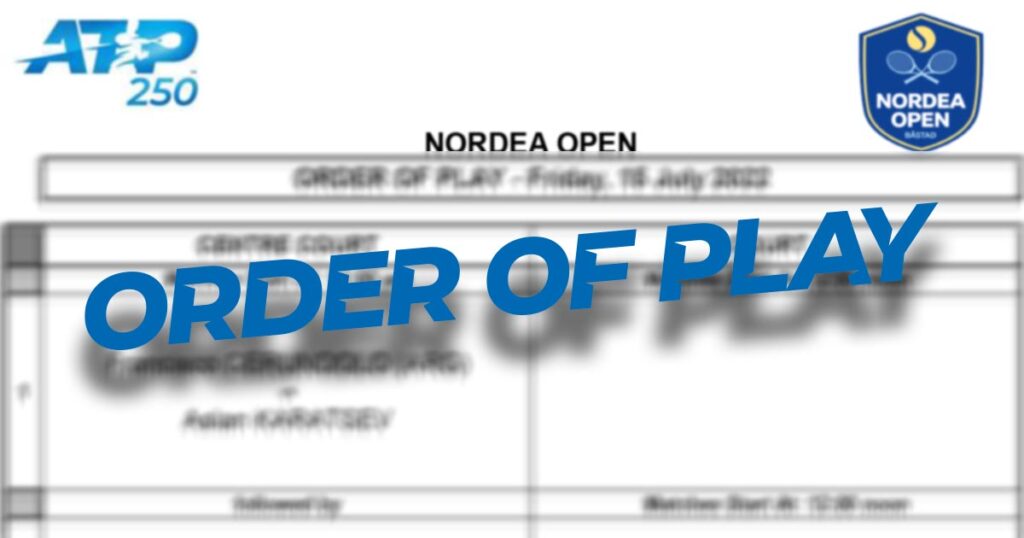 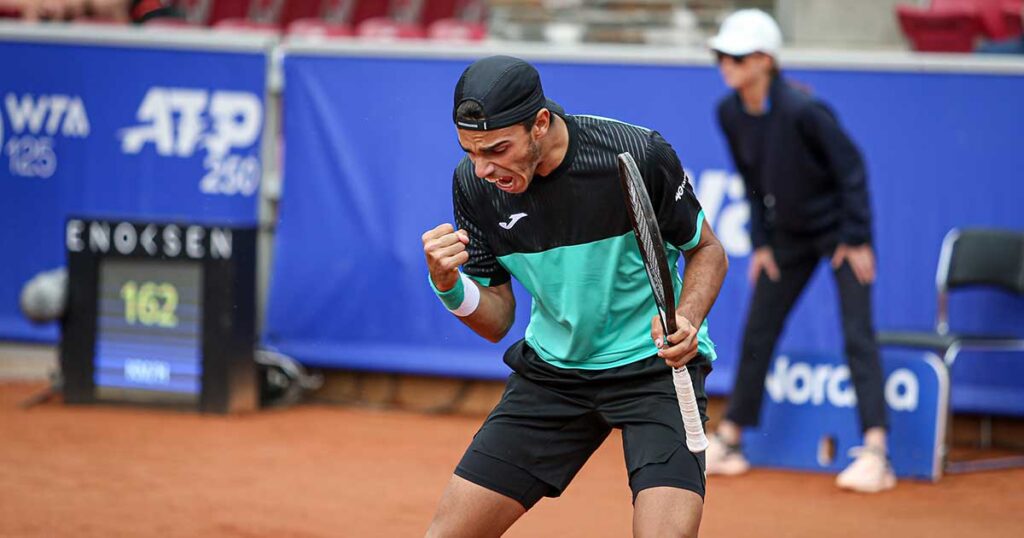 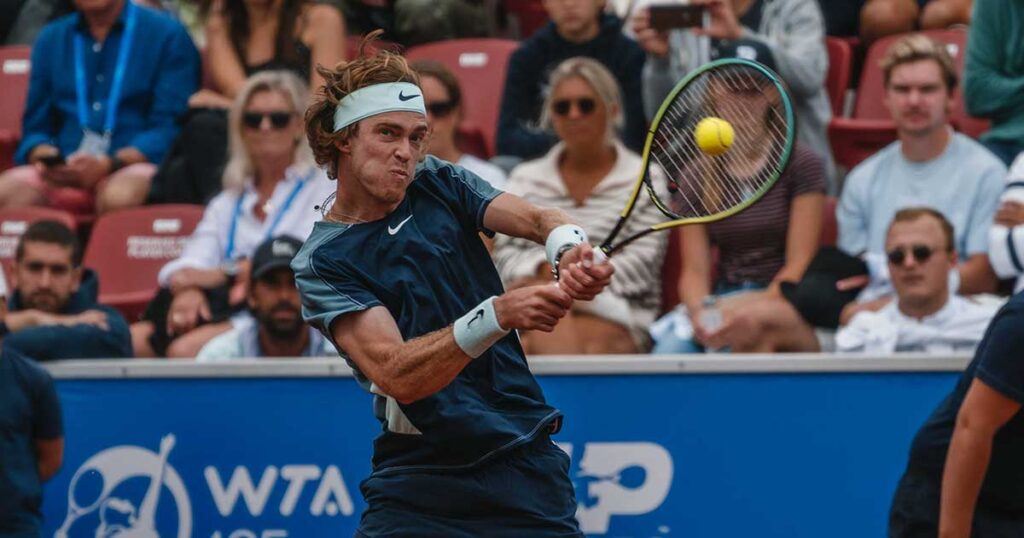 Check out the interview with the winner Rublev, who squeezed past last year’s finalist Federico Coria. Rublev won the match 75 46 762. Check out this compilation of Rublev Hot Shots from the match against Coria. 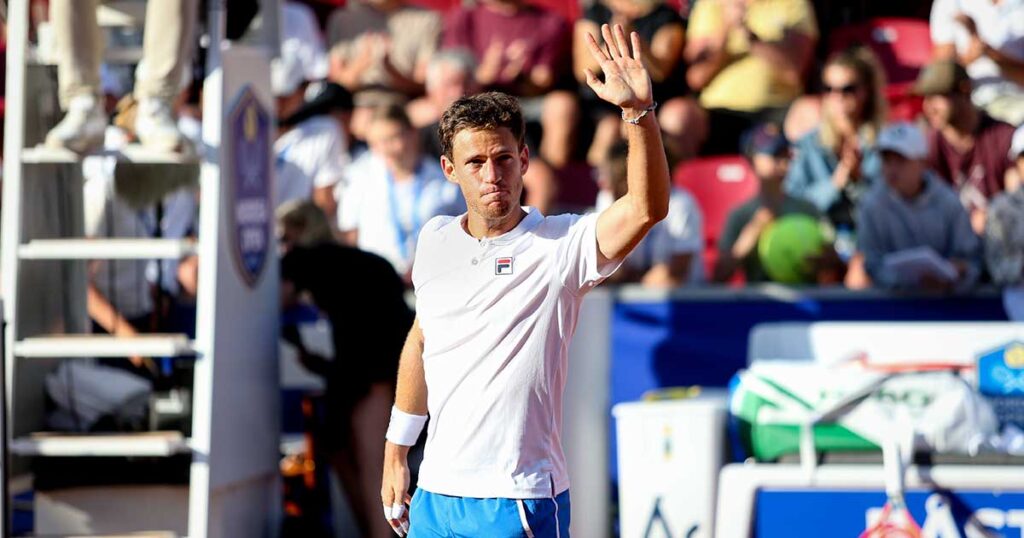 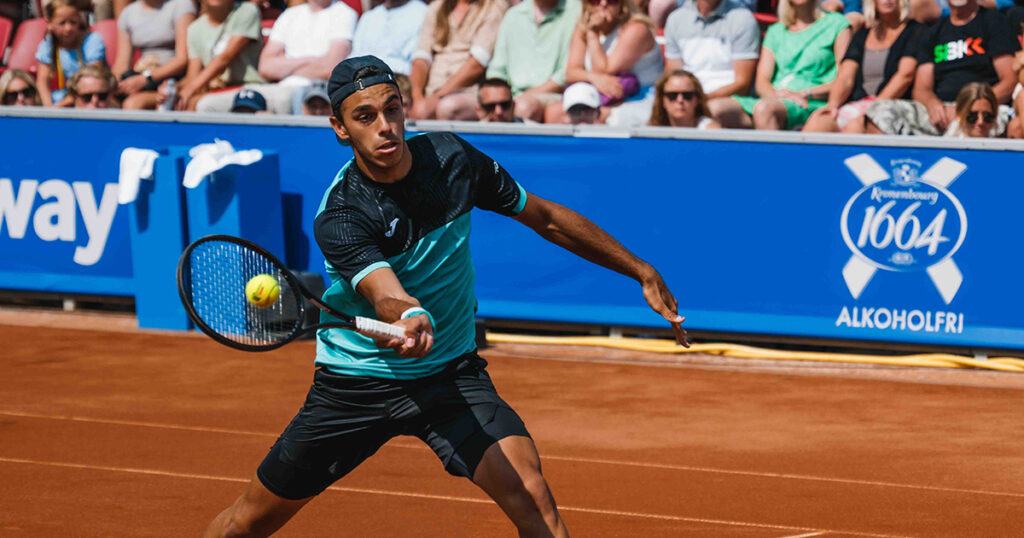 In front of a large audience on the center court, Nordea Opens’s reigning champion, Casper Ruud, was defeated by the Argentine Francisco Cerundolo. An even match ended 6-3, 4-6, 7-5 to the Argentine who decided by breaking Ruud’s serve in the last game. This was the tournament’s biggest upset so far and also the first […] 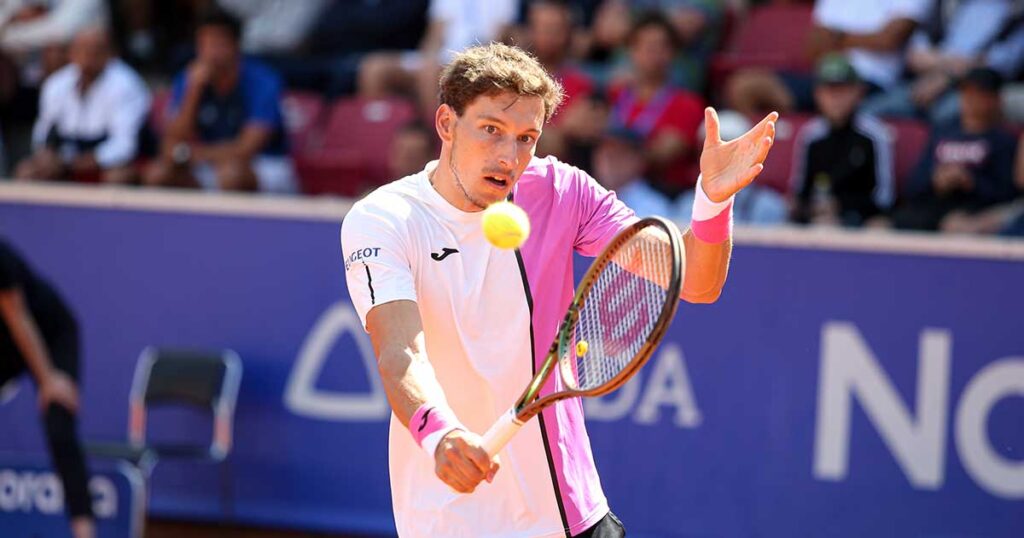 Fifth-seeded Spaniard Pablo Carreno Busta (18) won the Spanish clash against former Nordea Open champion of 2016, Albert Ramos-Vinolas (38). Ramos-Vinolas started strongest and took home the first set 6-4 and looked to start the journey to leveling the internal statistics between the two where Carreno Busta leads 3-0 in ATP Head-2-Head. But the newly […]

This website uses cookies to improve your experience while you navigate through the website. Out of these, the cookies that are categorized as necessary are stored on your browser as they are essential for the working of basic functionalities of the website. We also use third-party cookies that help us analyze and understand how you use this website. These cookies will be stored in your browser only with your consent. You also have the option to opt-out of these cookies. But opting out of some of these cookies may affect your browsing experience.
Necessary Alltid aktiverad
Necessary cookies are absolutely essential for the website to function properly. These cookies ensure basic functionalities and security features of the website, anonymously.
SPARA OCH ACCEPTERA